Helen looked into her fly bag and realised she'd only packed Summer flies. At the bottom of her bag there was a solitary Autumn fly. She handed it to the boatman, who said "We'll fish with that!" With just one fly she went on to catch 9 fish and her largest fish measured 39 inches, 25lbs. 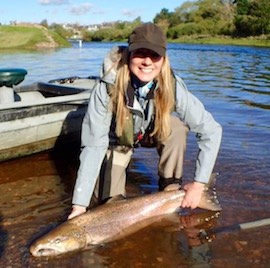 Helen returning one of her fish caught on Junction River Tweed.

After watching his dad catch a salmon on the previous day, seven year old Ollie was determined to catch a Tyne salmon. With the guidance of James Stokoe the seven year old caught his first salmon which was the only one caught on the four mile stretch of water that day. 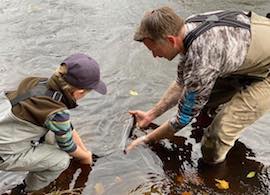 James Stokoe showing Ollie how to safely return his first salmon on the River Tyne.

With time running out on many rivers this season, October is continuing to produce some big fish. There are reports of fish over 20lbs caught on the Annan, Ness, Tyne. Fish of 25lb plus on the Esks, Cumbria, Tweed and 30lb plus fish on the Tay and Dee - largest fish.

As fish become increasingly aggressive and temperatures continue to fall, we expect to hear more reports of big fish straightening hooks and those lucky moments when a leviathan reaches the net. Please take a moment to look at this short video on the best practice for catching, handling and releasing salmon - watch video.

With just a few weeks left to organise a salmon fishing trip, Scotland certainly has something for everyone including those who don't fish. In fact, Lonely Planet voted Scotland as one of the best places in the world to see Autumn leaves in full colour. Scotland and Northumberland have some of the largest expanses of dark sky in Europe, perfect for stargazing.

If you would like more information on places to fish in Autumn for all abilities and budgets, please visit our find fishing page on FishPal, alternatively visit our individual river pages which include places to stay and things to do to keep all ages busy.

If you would like to speak to a member of the fishing team please go visit our Help Centre or call us Monday to Friday from 1pm till 2pm on 01573 470612. 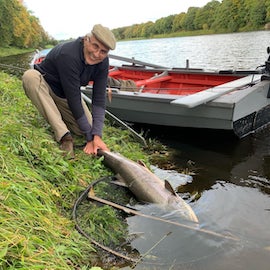 Traditionally the Tay has had a reputation for producing large fish and many anglers fishing the river last week were not disappointed.

Andrew Crisp was fishing the Luncarty Beat when his line tightened. Quite soon it became apparent that this was no ordinary fish. After what proved to be a monumental fight, Mr Crisp landed a magnificent thirty two pound monster. What a fish and what a day for Mr Crisp! - read more. 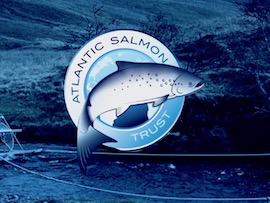 With over 70 incredible lots, including fishing, shooting, fishing accessories and some wonderfully unique wildlife art, there's definitely something for everyone in this year's auction. All monies raised from this exciting auction will go directly towards supporting the Trust's aim of putting Wild Salmon First.

To view this years auction and to make a bid, please follow this link. 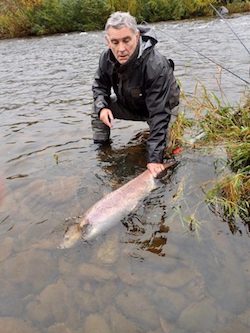 Last week there were reports of big fish caught on Tweed. Fish at 28lb at Fairnilee; 27lb & 25lb at Tweedswood; 25lb at Rutherford; 25lb at Junction and 24lb at Upper North Wark. There will have been more than that, and we did hear a whisper of a 35lber further up the river - read more.

Three hundred and twenty salmon and twenty sea trout were landed for the week, with the biggest fish a 28lb salmon caught on the Fairnilee beat. Above Kelso one hundred and sixty five fish were reported. Between Kelso and Coldstream eighty seven and below Coldstream fifty two. The best fishing was on Boleside beat with twenty seven salmon; Lees twenty four; Junction eighteen and Tweedswood fifteen. Find Tweed Fishing.

The River Tweed Bemersyde Trophy is a prestigious annual award that has been running since 2012 given to both a senior and junior angler catching the biggest rod caught salmon on the fly on the River Tweed. To be considered for the award, all salmon caught must have been safely returned to the river. To enter please email [email protected].

Anglers fishing the lower Tweed on the English side who have caught and released a salmon on the fly, can also enter the Charles Farlow Trophy. To enter please follow this link. 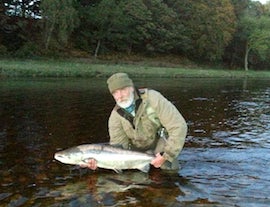 Sam Kyd landed this fresh whopper in the Jetties, Park beat on the Dee last Saturday, what a result!

The last full week of the season produced one hundred and twenty-six fish. With just a few days left and if conditions hold, the river should fish well until closing time on Thursday.

Tilbouries posted eight including a 22lbr for Andrew Goodenough. Middle Drum had nine, one of which is the biggest of the season so far. Eddie Sinclair landed a 43.5" fish on Thursday, which tipped the scales on ghillie Shane Christie's weigh net at 30lb. Thomas Leslie landed another good fish of 22lb - read more. 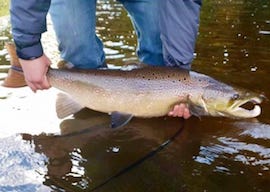 Annan. After some heavy rain yesterday morning there was a bit of a rise in water last night which will have helped stir things up a bit. The last couple of weeks have seen some big salmon caught on the Annan - find fishing.

Cumbria. Twenty salmon reported up to twenty pounds on Monday 12th October. Paul White on the lower river had a seventeen pound fish and reports of fish on both lower and middle river - read more.

Tyne. Fish have been caught on the North, South and main Tyne on Monday, the biggest at 17lbs on Dilston - latest catches. 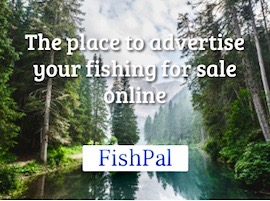